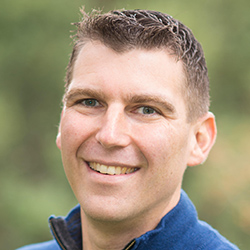 Daniel Feitelberg joined the University of California, Merced in December 2012 to establish a new Division of Planning and Budget and serve as the chancellor’s chief financial advisor.

Situated near Yosemite National Park, the campus significantly expands access to the UC system, with a special mission to increase college-going rates among students in the San Joaquin Valley.  The campus serves as a major base of advanced research, a model of sustainable development and a stimulus to economic growth in the heart of an underserved region.

In just its 12th academic year, the University of California, Merced was named one of the best public universities in the nation by U.S. News & World Report.  The Washington Monthly College Guide ranked UC Merced fifth in the nation for social mobility, out of more than 300 universities. Two-thirds of undergraduates are the first in their families to attend college.  Sixty percent of students receive federal Pell grants. Washington Monthly ranks UC Merced 5th in the nation for social mobility. More than half of students major in the STEM disciplines; undergraduates routinely perform research that would be reserved at larger campuses for graduate students – whether in drone technology or solar energy.

In his role as Vice Chancellor, Dan led the launch of the Merced 2020 Project.  The project opens a new chapter for infrastructure management in American public higher education through a performance-based, public-private partnership.  The $1.3 billion project extends the first phase of campus onto a greenfield site and provides 1.2 million square feet of sustainable infrastructure, academic, housing and student life facilities.  The university reached financial close in August 2016.  The first facilities are scheduled to open 2018 with substantial completion in 2020.  The project has been honored as the 2016 Americas P3 Deal of the Year by Project Finance International.  In addition, Vice Chancellor Feitelberg was named P3 Bulletin’s 2016 Individual Contributor of the Year.

With thirteen years of investment banking experience, Daniel has also helped raise debt capital for governments in the taxable and tax-exempt capital markets. Mr. Feitelberg’s experience includes projects for transportation, energy, water, education and healthcare enterprises, as well as capital projects and operational funding for state and local governments through the financial crisis.