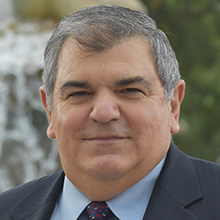 University of Texas at San Antonio

Dave Riker was a featured speaker at HEFF 2017. Check out his session here.

Mr. Riker is a Certified Facility Manager (CFM) with the International Facility Management Association (IFMA), and holds a Facility Management Administrator (FMA) designation from the Building Owner’s and Manager’s Institute (BOMI). Mr. Riker has long been a proponent of achieving excellence in all areas of Facilities Management. As a result of more than ten years of sustained efforts to achieve excellence, the University of Texas at San Antonio was awarded the 2016 APPA Award for Excellence, the highest honor in higher education facilities management.