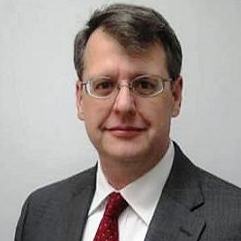 David Oliver was a featured speaker at HEFF 2018. You can read a summary and watch a video of his talk here.

A native Texan, David was born and raised in Vernon, Texas, located in the Red River Valley of North Texas. David graduated from Texas Tech University in 1986 with a Bachelor’s in Mechanical Engineering.

After leaving the US Navy in 2000, David attended Texas A&M University receiving his MBA degree in 2002.

In 2008, he was hired by University of Texas Health Science Center, San Antonio and was responsible for the construction work of the university.

In 2011, David accepted a position as the Assistant Vice President for Facilities at the University of Texas at San Antonio. In this role, he oversaw all of the Facilities Operations and Maintenance for the University.

David is licensed as a professional engineer in the State of Texas.