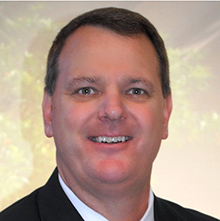 Since July 2012, Kelly Schmader has been the Assistant Vice Chancellor Facilities Management at UCLA, where he leads over 900 Facility Professionals in executing building maintenance, alterations, minor construction, custodial service, grounds maintenance, utilities and energy services for the 419-acre, 25 million GSF campus and medical enterprise. He previously served as the Chief Facilities Executive of the Los Angeles Unified School District (LAUSD) from 2010 to 2012, directing a 6,000 member staff in maintaining and operating over 800 schools while completing the District’s $19.5 billion new school construction and modernization program, the largest public works program in the nation at that time.

Prior to his work with LAUSD, Mr. Schmader served 28 years as a U. S. Navy Civil Engineer Corps officer guiding engineering, construction, and facilities management organizations around the globe. His Navy career culminated with his assignment as the Commander of the 30th Naval Construction Regiment (30 NCR) in Port Hueneme, CA, where he was responsible for 1,100 Seabees deployed to the Pacific, directing $21 million of construction at 32 sites across the Pacific and western U.S. He also deployed with 30 NCR to Kandahar, Afghanistan in August 2009, where he led Task Force Forager, a 4,500-member joint services engineering task force providing route clearance, construction, and water well installation across Southern Afghanistan. He is a Professional Engineer and holds a M.S. in Construction Engineering from the University of Texas at Austin and a B.S. in Civil Engineering from Penn State University.