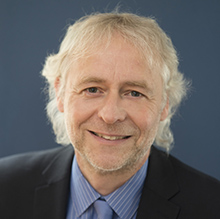 Paul Goffin was appointed as the University of Oxford’s Director of Estates in March 2012. The role is responsible for providing vision, leadership and management in ensuring the effective and efficient development and delivery of estates services within the functional (academic) estate whilst contributing to the University’s wider strategic development. The functional estate comprises of over 250 buildings, over 620,000 sqm of gross internal floor space and a significant proportion of Listed Buildings.

Goffin has a BSc in Building Surveying and an MSc in Construction Management. He was elected a Professional Member of the Royal Institution of Chartered Surveyors in 1991, before being elected as a Fellow in 2006. He currently serve as a member of the British Library’s Capital Projects Committee and has been a member since 2005.