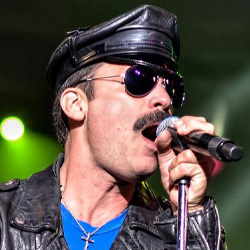 A Tribute to the

Queen Nation is the longest-running most authentic costumed re-creation of a vintage Queen concert. The show consists of four musicians who all sing and perform in character and in period costumes while playing live note-for-note renditions of classic Queen songs.

Queen Nation’s live production of Queen’s greatest hits preserves the image, sound, and stage persona of vintage Queen. Audiences are amazed at the accuracy of Queen Nation’s live retrospective journey through such songs as We Will Rock You – Bohemian Rhapsody – We Are The Champions – Crazy Little Thing Called Love – You’re My Best Friend – Another One Bites The Dust – Under Pressure and many more.

Back to Live page