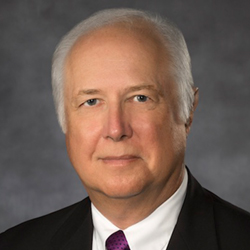 Rich Sliwoski was a featured speaker at HEFF 2019.

A former director of the Virginia Department of General Services, Richard Sliwoski has been serving as the associate vice president of the Facilities Management Division at Virginia Commonwealth University since the beginning of 2017. He oversees one of VCU’s largest departments, which is responsible for the university’s facilities planning, design, construction, and maintenance.